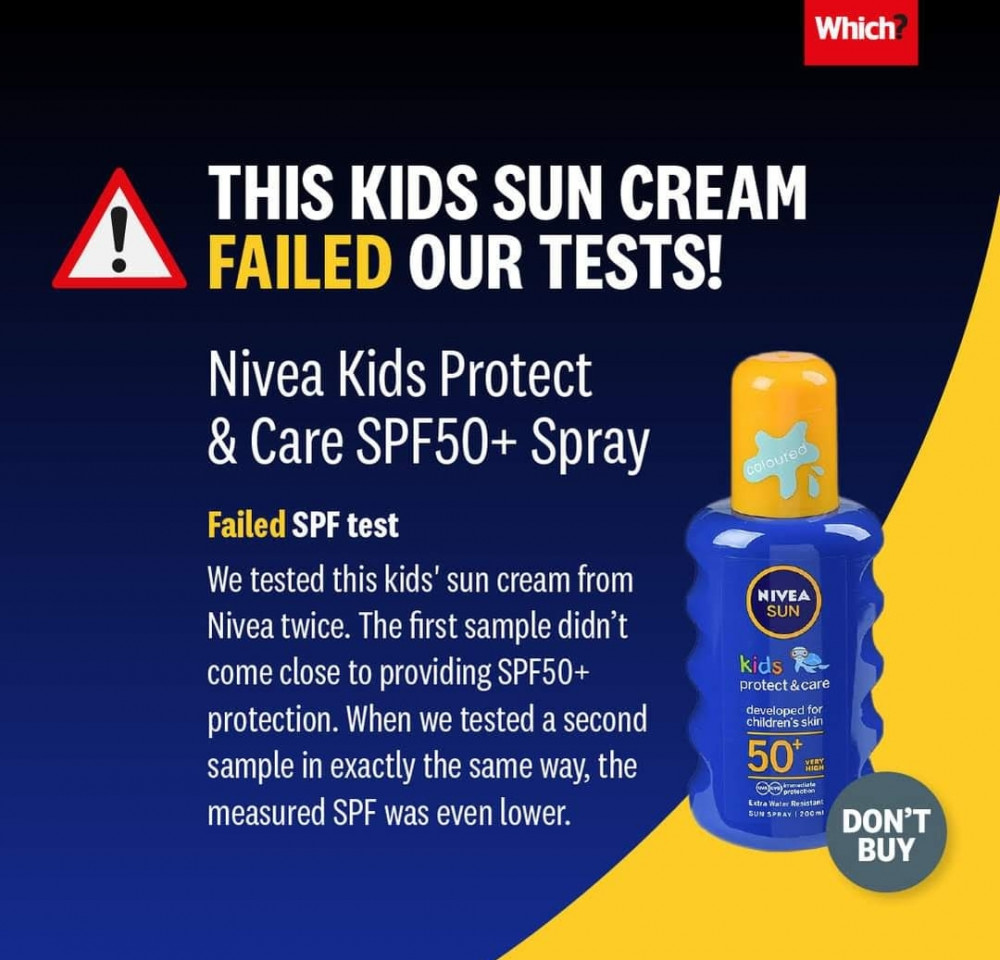 Which? Magazine has released a report about Nivea.. One of the long standing trusted brands many of us know. More info on their website but the short story is –

In an updated response, Beiersdorf, maker of Nivea, told us: ‘The safety of our products is of the utmost importance. NIVEA SUN prides itself on decades of experience in sun care, and when this product was independently tested in December 2019, it achieved an SPF of 62. Additionally formulas with identical UV filter systems as this product have been tested multiple times during the development process and consistently achieved SPF values above SPF60. Based on this data and our quality requirements, we disagree with the Which? findings.

Another mum however, called Sinead, has written an emotional post on her Facebook, urging parents to take caution after she claims Aldi sun cream caused horrendous injuries to her young son.

“I really didn’t want to post this but I’m going to coz I know a lot of parents in my friends shop at aldi! On Saturday we applied cream to JayJay constantly and he’s never burnt in the past, by Sunday morning he has blisters appearing on his shoulders. When we took his top of Sunday night after spending the day in shade the blisters was awful! We got him to a&e as soon as possible on Monday as he was tired night before. He was red raw on his back, belly, shoulders and tops of his feet!!

After the major mum guilt I’ve had for the last few days turns out I’m not the only parent who’s had problems with these creams and their kids have experienced the same and been in just as much pain!! I have sent all the picture to Aldi UK and waiting on a response as I trusted their products to protect my child and his skin!! He was heartbroken and now has spent the last few days inside while everyone else is out having fun! Pleaseee if you have this cream then purchase a different one 😭”

It has however been tremendously hot this last week, and we urge you to protect your children from sunburn, and do your own research into products and thier application suggestions, so to avoid a similar experience.

We hope the little boy recovers soon, and thank you to his mum for the warning.