After announcing they will be opening today (Monday 13th July), an attack on the St. Tanz tanning salon, situated on Orchard Road St Annes, left all 3 shop windows smashed. The incident occurred at 8.40pm on Sunday 12th July, the night before they were due to reopen.

The salon has shared that they have CCTV cameras inside the shop that show the attack but as it was from outside, the cameras could not identify the perpetrators. As the attack happened during daylight hours, the salon have called for any witnesses to come forward and share with the police who are investigating the case.

The attack comes after the salon took to Facebook on Thursday 9th July to dispel rumours of allowing underage children onto sunbeds along with a lack of social distancing. St. Tanz salon named-and-shamed the salon they believe to be the culprit – Sunnydays. Within the original post they shared video footage of the salon not following lockdown measures.

This was highlighted by Jessica Williams who commented on the post of the attack:

“Not to point the finger but it wasn’t long ago you put up a post addressing issues you were accused of that weren’t true and named the actual shop that was involved. Now this… seems suspicious and easy as to who would have motive…”

However, within 24 hours of posting on Facebook, the videos were removed along with the naming of their rival salon, as seen below: 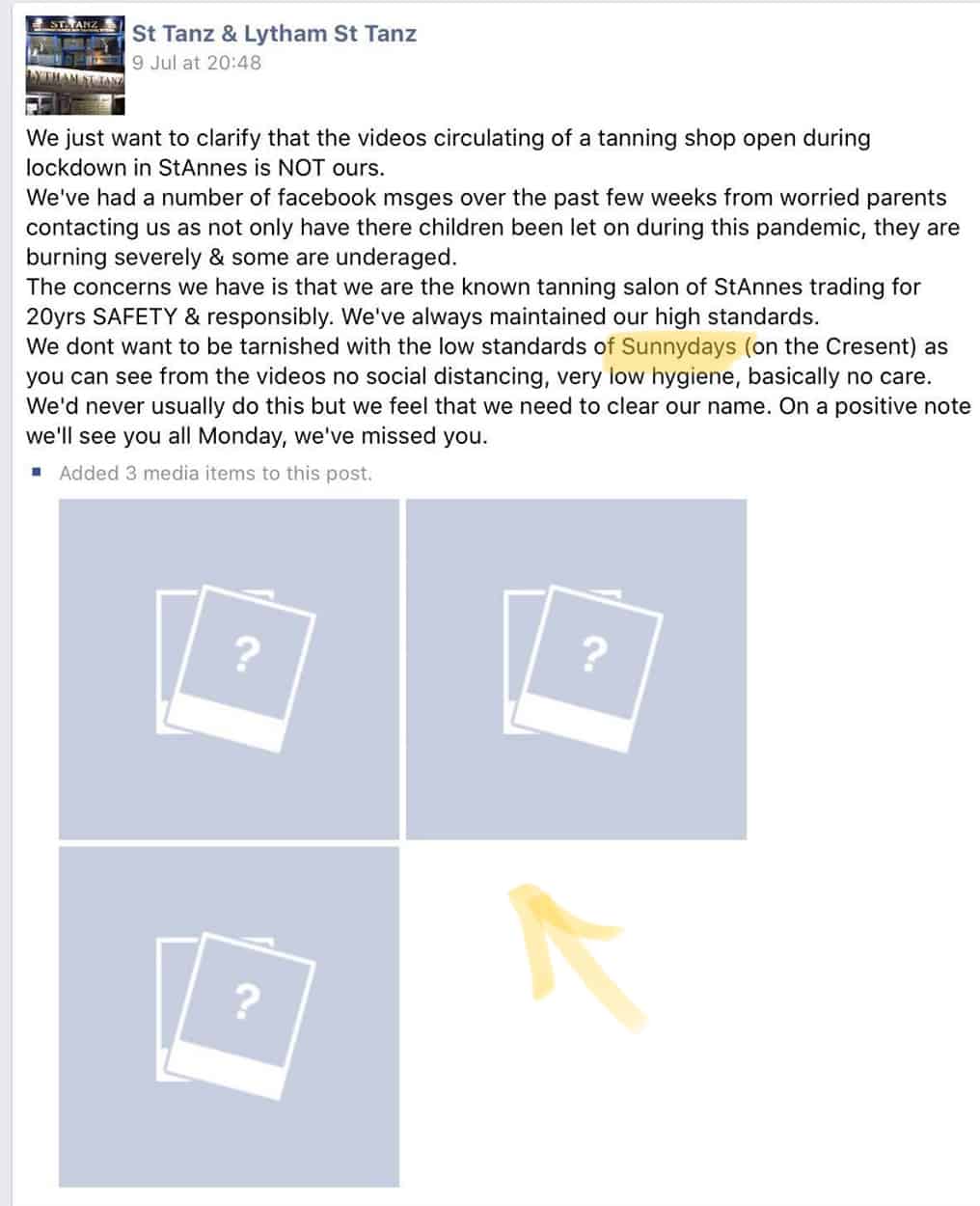 This, of course, is not an excuse to vandalise someone else’s property to this degree, but this may lead to the people who carried out the attack.

The salon have taken to Facebook to announce that they are still planning to reopen, and want to encourage customers to still visit the salon.

Lytham St. Anne’s Students Learn That Their 2021 GCSE and A-Level Exams Are Cancelled

Tier 4 restrictions to be widened on Boxing Day, full national lockdown expected in the New Year