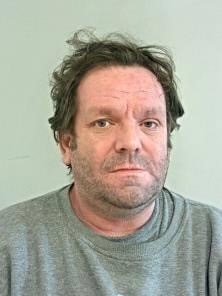 “The Random Sketcher” Paedophile who was regular in St Annes JAILED

A sex offender who groomed children online and ordered them to perform indecent acts on live webchats has been jailed for 40 months.  The man was a regular in St Annes and used the name “The Random Sketcher” with his art work.

Examination of Rushton’s mobile phones found four live chat stream applications had been installed and that the defendant was asking children to perform indecent acts. The estimated age of his victims, who are all girls and believed to be living in Eastern Europe, range between eight and 15.

Officers also found 284 indecent images of children on Rushton’s devices, including 28 Category A – the most serious examples of child sexual abuse images. The victims were girls between the ages of six and 12.

Among the images recovered were recordings of some of Rushton’s child victims performing indecent acts on live web chats.

Rushton, of no fixed address, pleaded guilty to 11 separate charges when he appeared before a Judge at Preston Crown Court. Those included nine charges of making an indecent photograph/pseudo-photograph of a child, engaging in sexual communication with a child and causing/inciting a girl under 13 to engage in sexual activity.

As well as the custodial sentence, Rushton was given a lifetime sexual harm prevention order, which limits his access to children.

PC Paul Corris, of East Lancashire Police, said: “I am pleased that this individual has been sent to prison and I would like to make it clear that the lifetime sexual harm prevention order means that even when Rushton will continue to be monitored by the authorities even after he is released from custody.

“Rushton’s victims potentially span all over the world and he exploited some of the most vulnerable members of society for his own sordid sexual interests.

“The applications he was using are everyday sites that children can download and can therefore easily fall prey to dangerous individuals like Rushton. I would urge all parents to ensure they carefully monitor the applications and websites their children are accessing and install all the relevant parental controls to ensure they remain safe online.”

If you believe your child or somebody you know may have been the victim of a sexual offence call police on 101 or go to https://doitonline.lancashire.police.uk. In an emergency always call 999.

For more information on how to keep you and your child safe online visit https://www.lancashire.police.uk/help-advice/online-safety.