American rock band The Strokes and British pop rock legends Tears for Fears are set to face the spotlight at what is said to be an ‘almighty’ 10-day 2022 Lytham Festival.

They are the first of the ‘Part II’ headliners to be announced, with three more massive names expected in the coming weeks and months.

For 2022, Lytham Festival has expanded to 10 days over two weekends between Thursday, June 28 and Wednesday, July 10 with 200,000 people expected to be in attendance at the expanded music festival.

The 10-day premises licence is for one year only. In 2023, Lytham Festival will revert to its usual five nights.

A Lytham Festival spokesperson said: ‘US rock legends The Strokes and global favourites Tears for Fears will join Diana Ross, Lewis Capaldi, Snow Patrol, Duran Duran and Lionel Richie as part of an almighty 10 night line-up at Lytham Festival 2022! Five day passes for Part I and Part II are on sale now. Individual night tickets go on sale Friday at 9am, sign-up now for pre-sale access at LythamFestival.com.’ 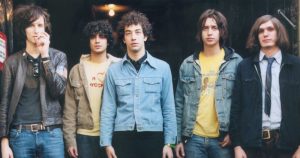 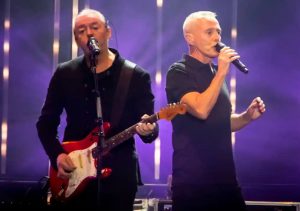 30 PROPERTIES EVACUATED EARLY THIS MORNING AS A PRECAUTION

Christmas for families in Lytham St Anne’s may ‘not be normal’ but lockdown rules will be relaxed in the UK under leaked plans.