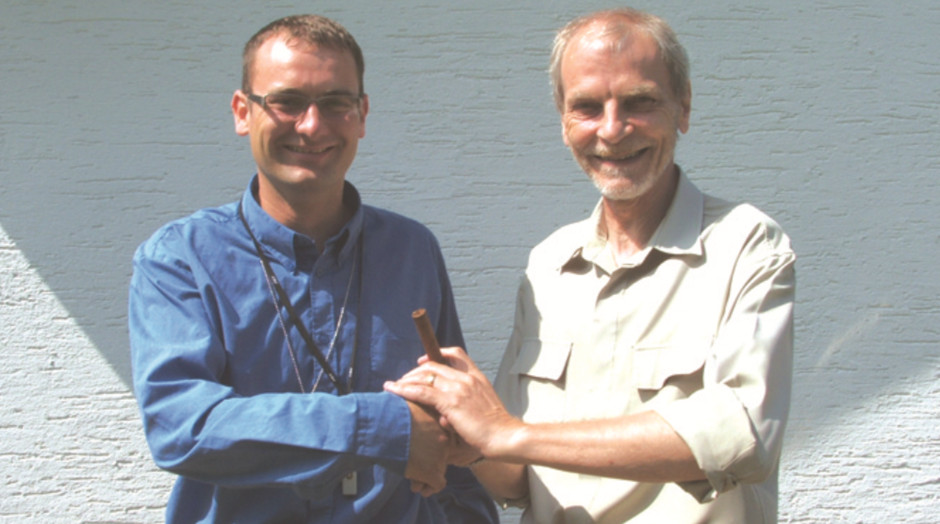 Greg Francis the musical arranger and local talented musician died in November 2020. It was some time later that I heard the news and it was very sad. Although I knew he was not well I felt I owed it to him to write a tribute to this wonderful man who was a great friend of mine.

In the period of the Covid pandemic there were many deaths, too many, lots of private funerals and missed opportunities to say goodbye, to show the respect that people deserved. So I hope this article can do exactly that for my friend.

I met Greg Francis through a mutual friend of ours in 2007 at the time he was producing ‘The Kings of Swing’ with local lead singer Tony Benedict and Greg’s wife stage name Lynn Kennedy. I found Greg to be helpful and enthusiastic and a warm person, I think what struck me the most about him was his ability to believe in people and try to help them.

At the time I was publishing the Spotlight Magazine and we interviewed Tony Benedict and highlighted the shows Greg was producing, titles such as ‘The New Squadronaires Orchestra’ ‘Legends of Las Vegas’, ‘The Glenn Miller Tribute Orchestra’ and ‘The Memphis Belle Swing Orchestra’ to name but a few.

Most interestingly Greg’s claim to fame was that in 1989 he orchestrated the music to the blockbuster movie The Memphis Belle and also featured briefly in the film, just one of his many accomplishments. At the time we were raising money for the North West Cancer Research and Greg agreed to put on ‘The Legends of Las Vegas’ at the Lowther Pavilion. Although the show was not a complete sell out Greg was so very kind to pay for the band out of his own pocket, a true gentleman.

Over the next few years our friendship blossomed and he introduced me to Rotary International and I became a member as we had shared interests where we organised some small music events. Often I would write the press releases for the local publicity in the Blackpool Gazette and Radio Wave who were always happy to help our various causes.

A few years later we would become involved with the Masonic Clubs raising money for various charities including the Shoe Box appeal, Victoria Hospital Chest Department, Alzheimer’s, British Heart Foundation to name but a few. I could not put an exact figure on how much Greg raised for charities over those years but if I had to guess it would be in excess of £30k at least.

Sadly Greg distanced himself from the Masonic Clubs, I got the impression he felt a little under-appreciated. It was then he focused more on his family and became more involved in assisting his son (Hollywood based composer Paul E Francis) who has composed film music for Warner Films.

In 1997, prior to us meeting, Greg was approached by Hollywood film composer John Murphy (Lock Stock & 3 Barrels, Snatch etc) to arrange four full orchestra titles. He later went to work for Granada TV arranging work for ‘Stars in their Eyes’ and also performed for four years at the Tower Ballroom, having worked for BBC in his younger days. These are just the tip of the iceberg of his many accomplishments and what he gave to the music world.

Joe Wildy of the Wildy Show said ‘And you should have got an MBE for so much work and keeping music live’. No truer words spoken.

One common belief I shared with Greg was he believed that this was not the only world and the spirit goes on. He also believed that sometimes family members were reborn into each other’s lives in consecutive lives; your father could become the son or daughter in the next life if they died too soon.

I found his take on life refreshing and intriguing, he did not have a problem sharing his ideas, he was very open about the things which mattered to him.

I was very grateful to Greg for the work he gave us and the opportunities he created for myself personally and in my career. He helped me acquire an interview with the late Jeremy Beadle through the late Pat Mancini who was a friend of his.

I am sure there are many contacts and people in the music world who have had positive experiences with Greg and I do apologise if what little I have written about the man does not really cover it. I cannot attest to knowing what it was like to work so hard making arrangements into the middle of the night to meet a deadline. I cannot attest to what it would be like to be able to play 4-5 different musical instruments or live the life of striving for your dreams. But I can attest to the pure creative spirit you had, you were genuine, loving, like a brother, an undervalued Ruby that only some can see when it has gone for good.

Thank you for sharing your life with us, you will be missed and safe journey to the other side my friend. Until we meet again brother.

Featured photograph: Greg Francis with the author of this tribute, Roger Tretton 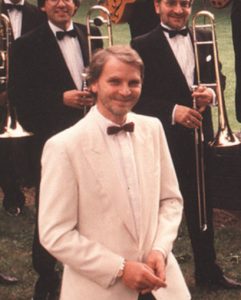 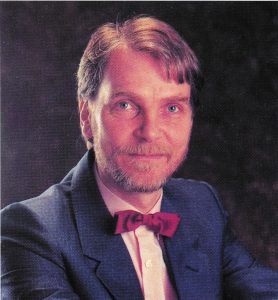