Lytham resident and TV star, Jonas Armstrong, was arrested outside Lytham House in Henry Street shortly after 10 p.m. on Wednesday 25th August, according to a report in the Blackpool Gazette. Lancashire Police said he was released after being fined £90 for disorder.

The 40 year old actor famously played Robin Hood on BBC1 and has also been more recently seen in the award winning Line Of Duty and acclaimed series The Bay and The Drowning.

In a statement Lancashire Police said: ‘A 40-year-old man from Lytham was arrested on Henry Street in the town shortly after 10 p.m. on Wednesday, August 25 on suspicion of being drunk and disorderly. They were later given a penalty notice for disorder (£90).’ 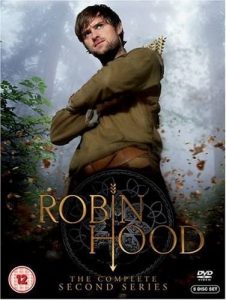