Our brave volunteers from HM Coastguard Lytham were called out yesterday afternoon (Saturday 20th March) at 3.54 p.m. to assist in the rescue of a male who had lost his balance and become stuck in the mud on the river bank in the Freckleton area. They were joined by HM Coastguard Fleetwood. the Police, the Fire Service and Ambulance Service. The multi-agency response resulted in a successful rescue.

Police say the emergency services were successful in locating the male due to the use of the ‘What 3 Words’ app. This app is easy to use and should you become lost or need emergency assistance, the app will provide you with 3 different words for your exact location which you can then provide to emergency services or anyone else who has the app.
In ressponse to this incident, emergency servies would have struggled to locate the male if they had not received the 3 words from the app. Emergency services want to ask everyone to consider downloading this app. Information on the app can be found on the following link and it is free to download on smart phones.
http://orlo.uk/s2vj5

Once again, Lytham St Anne’s News sends a big thank you to these dedicated volunteers for their amazing work. 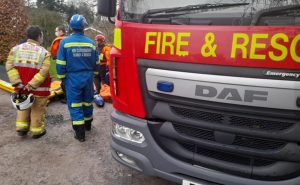 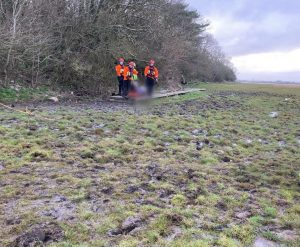 Step Back In Time To 1980. Does Anyone Remember This From Over Forty Years Ago?

No Jab? No Pint! Lytham St Annes Pubs could REFUSE entry to the unvaccinated!

Blackpool reported to be ‘packed to the rafters’ and ‘scarily rammed’ this weekend.