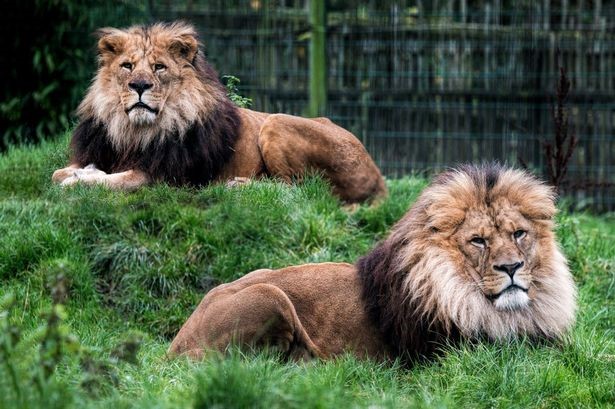 Wallace, The King Of The Pride Of Blackpool, Put To Sleep

Wallace, ‘King of The Pride of Blackpool’, the 16 year old male African lion at Blackpool Zoo has been put down after tests revealed several ‘age-related health conditions’. This sad news was announced by the zoo today (Friday 13th May).  The zoo said that Wallace’s massive personality matched his impressive roar and he will be greatly missed.

His health conditions were discovered as he underwent tests in anticipation of him moving while work was carried out on our Big Cat House. After they were discovered, both the animal team and the veterinary experts concluded that ‘the kindest thing was to put Wallace to sleep’, the zoo said.

A Spokesperson for Blackpool shared this news, ‘We are extremely saddened to announce that Wallace, the king of our Pride of Blackpool, has passed away. At 16 years old, Wallace the African lion underwent pre-transfer tests in anticipation of him moving while work was carried out on our Big Cat House.

Sadly, several age-related health conditions were identified and all possible options were explored, but eventually both the animal team and the veterinary experts concluded that the kindest thing was to put Wallace to sleep. Wallace’s massive personality was matched only by his impressive roar and he will be greatly missed.

His legacy will live on in Khari, who has been moved to ZSL Whipsnade Zoo while the Big Cat House at Blackpool is being renovated. We are now in discussions with other UK zoos to decide which lions will be joining him to create a new pride. Khari will become the head of the group and it will return to Blackpool Zoo when the new facility is open in Spring 2023.

Alyona, our Amur Tiger, has taken up residence in a new home at Woodside Wildlife Park in Lincolnshire. She will initially live in her own facility, which is purpose built to meet the needs of tigers, while further discussions take place regarding a suitable companion ahead of her return to Blackpool next year.

We will keep you up to date with all Khari and Alyona’s latest news in the coming months.’