Lytham St Anne’s Residents are advised to be on high alert for an influx of wasps arriving in the town.

Wasp stings will usually cause a red, swollen lump to develop on the skin. This may be painful and in some cases can be very itchy. The symptoms will normally improve within a few hours or days, although sometimes they can last a little longer. Some people have a mild allergic reaction and a larger area of skin around the bite or sting becomes swollen, red and painful. This should pass within a week. Occasionally, a severe allergic reaction can occur, causing symptoms such as breathing difficulties, dizziness and a swollen face or mouth. This requires immediate medical treatment.

This was the case for famous actor Ross Kemp who has tweeted of his wasp attack which has left major swelling around his mouth. 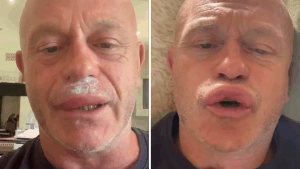 Wasps can be extremely dangerous as they can also cause anaphylactic shock to their victims. An average of 2 to 9 deaths are caused by wasp stings in the UK every year.

Recently, a 6 year-old boy was killed by a swarm of wasps while helping his grandmother in the garden. 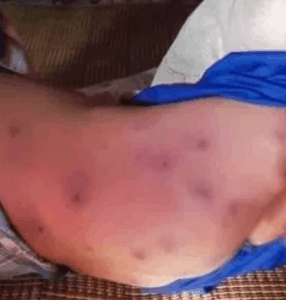 If you have been stung, the official NHS advice is: