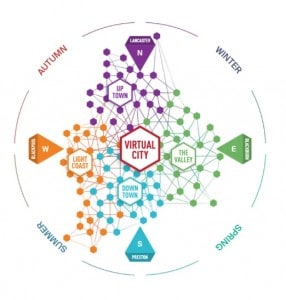 Despite not being a city, Lancashire has mapped and duly located areas of our county together in a £3 m bid to be crowned UK City of Culture in 2025. Lancashire County Council hopes that if it is successful the status could help the county bounce back from the economic effects of the coronavirus crisis. The Council has currently committed £620,000 towards the eventual total £3m cost of putting together the pitch for the title.
The bid states that it will focus on what unites our diverse county. The submission will be based on four planned and named areas described as:
• Downtown (Preston, Chorley and South Ribble),
• Uptown (Lancaster, Ribble Valley and Pendle), “
• Light Coast (Blackpool, Fylde, Wyre and West Lancashire)
• The Valley (Blackburn, Burnley, Hyndburn and Rossendale).

Debbi Lander, Bid Director of Lancashire 2025, has asked residents to, ‘Imagine a county positioning itself as a virtual city, with a bold new vision for culture, commerce and creative communities.’
In support of the bid, she has announced that our county’s population makes up a ‘virtual city’ of 1.5 million people and added, ‘Future cities should not be constrained by historic or geographic boundaries. Digital technology and connectivity has enabled the creation of new places or spaces more so than urban centres.’
However, deputy Labour opposition leader, and Skelmersdale Councillor, John Fillis has responded that some of the areas put together have little similarity. For example his district West Lancashire, which includes Skelmersdale, is placed alongside Lytham St Anne’s. Councillor Fillis said, ‘West Lancashire isn’t a coastal area, yet we’re linked with Blackpool, Wyre and Fylde. There are no public transport or cultural links between us – we are an inland area and to put us apart as some sort of Punch and Judy show on steroids, I don’t think fits in with West Lancashire. Similarly, Lancaster is mixed up with Pendle, which is a bit of a stretch. We’ve got to try and sell this to our communities because we’re putting all this money in.’
In contrast, County Councillor Michael Green, Cabinet Member for Economic Development, Environment and Planning, said, ‘Our bid will connect the identities of Lancashire to reshape a better, creative and more sustainable way of living. It will help us to drive cultural, social and digital skills, attract additional investment and visitors into the county – and raise the profile of Lancashire at a national and international level.’
At present, three other cities have indicated their intention to bid in 2025, they are Bradford, Medway and Southampton.
Lancashire 2025 expects to present the initial application to the Department of Digital, Culture, Media and Sport in April 2021. 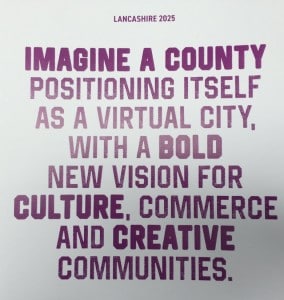 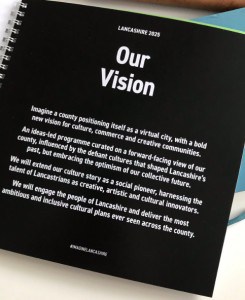 Nudists Told To Wear Face Masks When In Shops and Banks