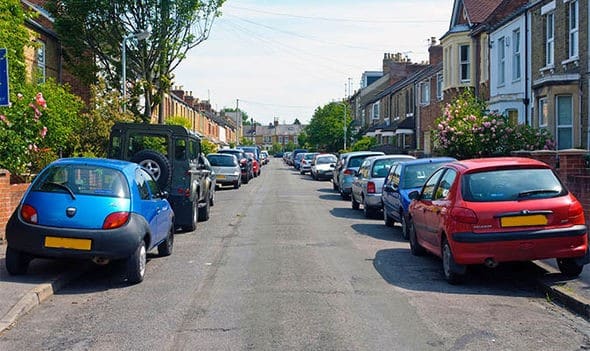 Will Pavement Parking Be Banned In Lytham St.Anne’s?

By Callum NaylorAugust 31, 2020News
No Comments

As part of the Government’s green, post-Covid recovery, they want more people to choose active travel – like walking. Therefore, the Government wants pavements to be accessible for everyone. Under new proposals parking on pavements may be banned in areas of Lytham St Anne’s, easing journeys throughout England for the disabled and people pushing prams. Pavement parking is currently banned in London but elsewhere in the country it is only prohibited for lorries.
The Department for Transport (DfT) is presenting three options in relation to pavement parking.
These are:
To extend the London-style ban nationwide
To make it easier for councils to prohibit pavement parking
To give councils the power to fine offenders
Currently, the Highway Code states that drivers must not park on the pavement in London and should not do it elsewhere unless signs specifically permit it.
Motorists also need to be aware of a separate rule which makes obstruction of the highway – including footpaths – an offence. Any breach can be enforced only by the police, not traffic wardens. Driving on the pavement is also against the law – even if it is with the intention of parking – unless it is to access a driveway via a dropped kerb.

Transport Secretary Grant Shapps said, ‘Parking on pavements means wheelchair users, visually impaired people and parents with pushchairs can be forced into the road, which is not only dangerous, but discourages people from making journeys. A key part of our green, post-Covid recovery will be encouraging more people to choose active travel, such as walking, so it is vital that we make the nation’s pavements accessible for everyone. Pavement parking presents a clear safety risk when parked cars occupy the pavement and force vulnerable pedestrians to move into the road.’
The AA warned that a ban could have ‘unintended consequences’. Jack Cousens, head of roads policy at the AA, said, ‘Local authorities should make a street-by-street assessment and where pavement parking is allowed, markings should show how much pavement can be used. While councils have always had the powers to tackle problem parking, it would be typical if the only time they act is when there is fines income to be had from it.’
However, a report by the Commons transport committee last September called for a blanket nationwide ban on the ‘blight’ of pavement parking.
Witnesses told MPs that the worst cases of pavement parking were effectively trapping disabled, elderly and vulnerable people, making them ‘afraid to leave their homes’.