Students in North West schools will fail exams that they have not even be allowed to sit. That is the warning of a local Headteacher who fears that the downgrading of students’ grades in the North West of England will be replicated on Thursday when GCSE results are scheduled to be released – as Ofqual are currently standing by their algorithm – seemingly still supported by Boris Johnson who has been silent today.
The algorithm has favoured schools with smaller cohorts, noticeable private fee paying schools, and has disadvantaged those already disadvantaged in crowded comprehensives.
According to today’s Observer more than 4.6million GCSEs in England – about 97 per cent – will be assigned solely based on the controversial algorithm drawn up by Ofqual.
The Headteacher has told Lytham St Anne’s News that GCSE’s in English and Mathematics are unquestionably crucial qualifications. The consequence of the continued use of discredited algorithm could see young students in North West comprehensive schools having their life-long chances seriously impacted.
The Royal Statistical Society has claimed that Ofqual has breached its ‘obligation to serve the public good’ and its model failed to ‘achieve quality and trustworthiness’. According to their analysis up to two million GCSE grades could also be graded down when results come out on August 20.

Lord Kenneth Baker, the highly regarded former Tory education secretary who introduced GCSEs in the late 1980s has said the publication of GCSE results should be postponed for two weeks to try to avoid the same mistakes. He has written to the current education secretary, Gavin Williamson, to say that there had been ‘unfair and barely explicable downgrades’ of A-levels.

He wrote, ‘I urge the education secretary to instruct Ofqual not to release the GCSEs results this Thursday as their algorithm is flawed. The A-level results have produced hundreds of thousands of unfair and barely explicable downgrades. They have helped smaller private schools but hit the brighter students in a poorly performing state school. It is not surprising that various parties are considering legal actions.’

One Tory MP, Robert Halfon, described it as a ‘huge mess’ that was ‘unacceptable’. This reflects the views of many Tory MPs with constituencies in the North West and North East who are deeply concerned of the inequalities brought about by the algorithm. Those who were elected in red wall seats seem to be the most worried about the future implications of this algorithm disadvantaging the already disadvantaged.

Lord Baker concluded by writing, ‘Last week A-levels were allowed to increase by 2 per cent, but for GCSEs this week schools have only been allowed a 1 per cent increase. This will result in millions of aggrieved students and many more millions of aggrieved parents and grandparents. If you are in a hole stop digging.’ 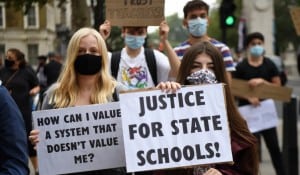 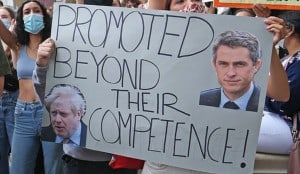 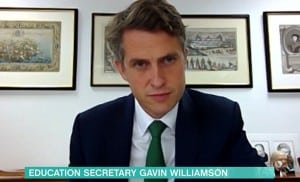 Here’s The Varied Timetable For Our Local Schools Return – As the Education Secretary Writes To Parents.