More than three hundred responses have been received from residents on the Fylde in response to Fylde Council’s survey centred on the on-going problems of flooding.  In the past the Park View 4U have been badly hit by excess surface water and other areas across Lytham St. Anne’s have been left saturated following heavy rain. Kirkham, Wrea Green and Freckleton have also been badly affected by flooding.

There will now be a meeting of a flooding working group specially set up by Fylde Council’s Environment, Health and Housing Committee on Friday, March 19 to consider the findings and review flood risk.

On this issue, Fylde MP Mark Menzies, has said, ‘The more evidence we have, the more we can present as we make the case for funding bids. I will be working with the committee at Fylde and taking the findings to ministers. We have issues in Fylde which are the responsibility of several different flood authorities. It is not always obvious whose responsibility certain issues are and we are seeing a lack of understanding between these authorities on too many occasions.’ 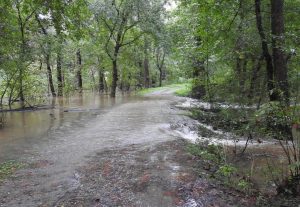 Clap for Carers set to return tonight, but locals believe it is patronising and unnecessary