It is believed that there was once a church known as Kilgrimol that was flooded and buried by the sea, and, it is said that on New Year’s Eve, or in a storm, the church bell can be heard tolling from beneath the waves. In a map of the area dating from around 1532, a place is shown as “Kylgmoles”, it’s interesting to note for many years after this event happened the submerged graveyard would ‘spit out’ decayed coffins and bodies!

Ask any resident of Lytham St. Anne’s about the ‘Legend of Kilgrimol’ and no doubt they’ll tell you of the lonely village that once stood amongst the sand dunes; a hamlet destroyed one night by such a violent storm that its ghostly inhabitants haunt the sea to this day, on moonless nights the doleful sound of the church’s bells still echoing hauntingly from beneath the waves. With the help of local archaeologists and historians Brian Hughes & Michelle Harris we found out the following information.

In Kilgrimol’s case, however, there might actually be a modicum of historical fact behind the story, if we peel back the layers and take a more scientific look.
For a start, the original legend didn’t actually involve a storm. We’re informed by William Thornber in his ‘History of Blackpool and its Neighbourhood’ that: “Tradition affirms, that an earthquake swallowed up the church of Kilgrimol.”
This too, however, seems highly unlikely, violent earthquakes not exactly being common around Lytham. We have to bear in mind of course the written sources that were available at the time, as Thornber copied from the historian Peter Whittle who penned “Marina” published in 1831.

So where shall we start our investigation? Well how about a dissection of Kilgrimol’s name, originally recorded in monastic charters as ‘Kilgrimhow’?
The ‘kil’, , refers to a ‘keeill’. For those who haven’t, keeills were part Pagan/part Christian Celtic/Norse churches, named after the upturned boats (keels) from which they were constructed. The ‘Grim’ part of Kilgrimol is, quite simply, a personal name; and a Norse one at that.

The ‘how’ is local dialect for ‘hough’, again a Norse word referring to a ‘burial mound’, which also makes perfect sense because keeills were, nine times out of ten, built on pagan burial sites. So, in summary, Kilgrimol refers to the keeill belonging to a Norseman called Grim that stood on the site of an ancestral burial mound.

Once again, legend steps in to back up this claim. According to Reverend Bulpit’s ‘Notes on the Fylde’ (1879): “In the days before the missionaries came there were evil spirits in the water marshes around Marton Mere, who were propitiated by the Britons. When Grim, the priest from Kilgrimol, came teaching the people, he cast the chief spirit into the mere and it took the form of a great worm or conga eel.”

I am sure you’ll agree, is all very interesting, but it doesn’t exactly bring us any closer to what actually happened to Kilgrimol. For that we need to know where the hamlet (and it’s chapel) originally stood. 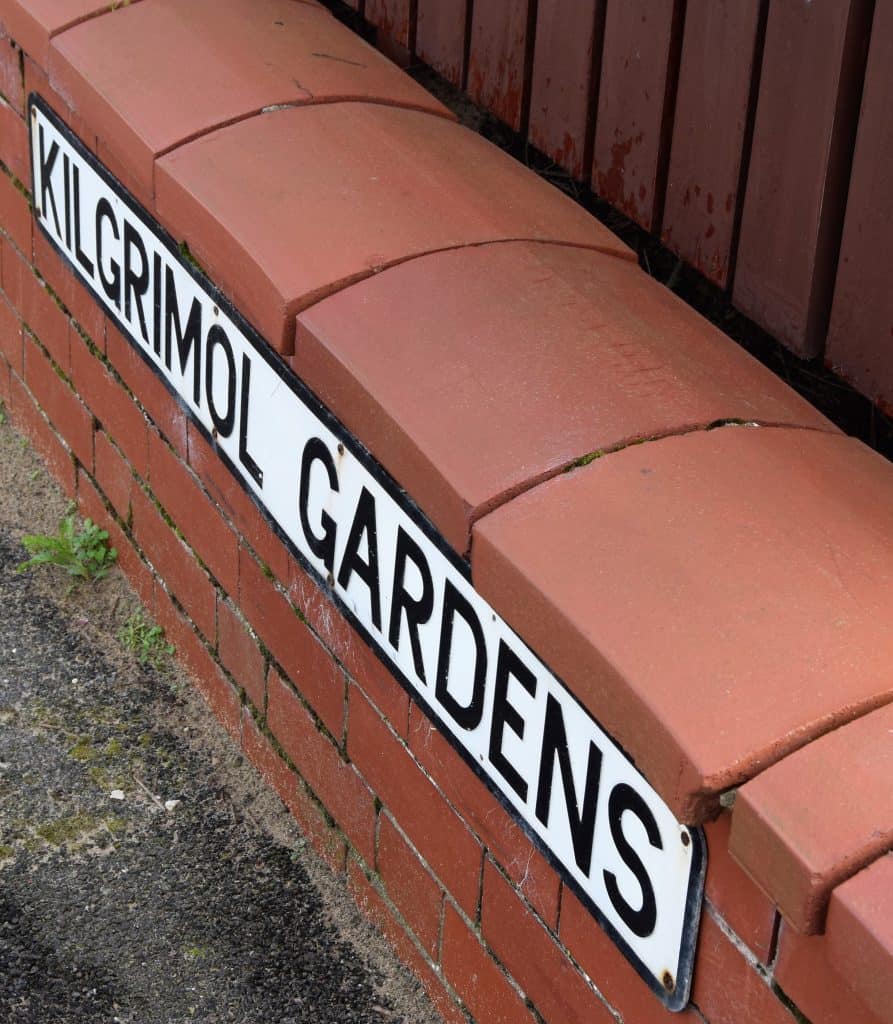 Cross Slack, nowadays, has long since vanished, the site being occupied by the original St. Anne’s golf course just south of Squires’ Gate. How do we know this? Well, in the reign of Edward the Third (otherwise known as the fourteenth century) Richard Fitz Roger granted the estate of Lytham to the monks of Durham, recording the boundaries of Kilgrimol in the process: “From the ditch on the western side of the cemetery of Kilgrimol, over which I have erected a cross, and from the same ditch and cross eastwards going along the Curridmere beyond the great moss…” and so on and so forth. If you’re in that frame of mind you can easily sit down and work out Cross Slack (and therefore Kilgrimol’s) location.

The ditch alluded to is where the ‘slack’ in Cross Slack actually gets its name, ‘slack’ being an old word referring to a long depression in the landscape; one generally filled with water. The cross, apparently, was erected by Richard Fitz Roger himself thus completing Kilgrimol’s new title. The Kilgrimol keeill itself, it seems, had already been destroyed by the fourteenth century, only its cemetery being referred to in Richard Fitz Roger’s documents.
A quick glance at the 1840’s Ordnance Survey Map , can show exactly where Cross Slack was located overlaying a more relevant map of the area.

And, by way of confirmation that Cross Slack was the later name for Kilgrimol (we’re seldom satisfied with only one source of reference) we have the following, once again, from William Thornber: “During the Saxon era habitations of fishermen and others were erected on this line of coast, and Cross Slack was originally termed churchyard slack, from having been the site of a religious oratory and cemetery.”

Keeills, of course, were generally constructed close by but off the line of either Roman or Celtic roads. Yet again Thornber provides us with evidence for this: “Churchyard Slack lies situated in a hollow, having on the north a rising ground called Stony Hill, and at a distance of three quarters of a mile a similar elevation, though not so marked. Celtic roads, especially round the Fylde, were often constructed from fire-split stones, presumably the act of breaking them in half making for a flatter, more efficient surface.
So, now we know the age, the origin and the location of Kilgrimol, but we still don’t know exactly what became of it. What we do know, however, is that it vanished sometime before the fourteenth century, consistent with so many other keeills around the district.

Others still, as appears to be the case with Kilgrimol, just collapsed through lack of use. Coupled with the slow but steady rise of dunes in the area, the ancient church was no doubt eventually buried beneath the wind blown sand.
But that wasn’t quite the end of the matter otherwise I and my fellow archaeologists Brian Hughes & Michelle Harris would be asking the owners of the golf course at this moment for permission to dig!

According to ‘Fylde Folk: Moss or Sand’ by Kathleen Eyre (1979) several pieces of ecclesiastic masonry were uncovered from the dunes by the local farmer at Granny’s Cottage, Cross Slack: “The stones with curious markings and inscriptions which had been turned up by Neddy from time to time near the cottage, had been so little thought of as to be tossed into the depths of a disused well and lost for ever.”

As always a huge thanks to Michelle Harris & Brian Hughes for all the extra history and information pertaining to this article. So the next time you venture out in the area or a storm listen for the church bells tolling through the waves.