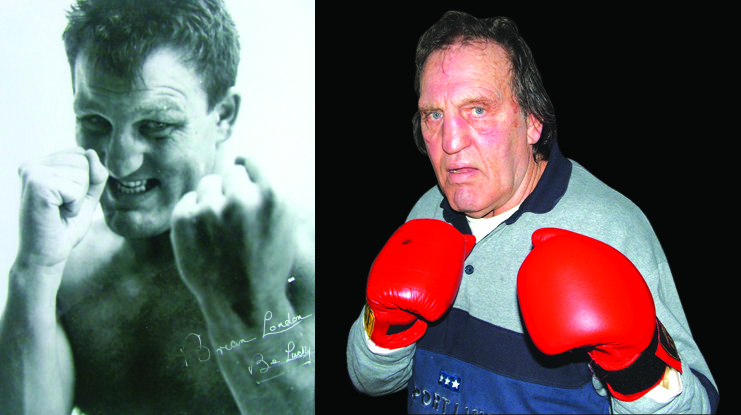 Recently Blackpool’s Brian London sadly passed away and with him dies an irreplaceable era of boxing legends. I had the good fortune to meet Brian to do an interview when he lived by Stanley Park. He was a straight-talking, honest decent genuine chap, he was also a bit of a joker when I asked him what it was like to fight four world champions he replied ‘I didn’t realise I had fought four world champions’. Over the years I had spoken to a number of people who knew him personally and people who had worked with him at the 007 nightclub. One fellow who worked on the doors for him commented ‘I remember there was some trouble broke out at the club and as soon as Brian came on the scene it was all over in seconds. Take from that comment what you will but I think he was respected by all of his peers. Another associate told me he was kind enough to pay for some of the door staff’s rents when they had financial difficulty, from the stories told over the years I gather he was kind and genuine. So I write this tribute in his name and may he always be remembered for being a champion in his heart and for flying the flag for Blackpool and the United Kingdom in the boxing world.

Brian London (real name Brian Sidney Harper, born 19 June 1934) was a British boxer. He lived in Blackpool, England. London’s nicknames in the ring were “The British Bulldog” and “The Blackpool Rock”.

London started fighting in the RAF when he was 18 and when he was first drafted in. He was told he had to fight because he was the son of the British and Empire champion. He went into the ring and knocked the first 4 opponents out and since then became a fighter. He fought over 90 amateur fights and won the ABA championship before turning professional. London fought twice for the American heavyweight championship and was knocked out by Floyd Patterson in 1959 and Muhammad Ali in 1966. London is best remembered by British boxing fans for his three epic battles with Henry Cooper who defeated him on all three occasions. Although both fighters agreed that Brian definitely won one of these fights. Both Cooper and London had their final fights with Joe Bugner who defeated them both. Like so many other boxers, London continued fighting long after his prime. He had won 22 and lost 3 early in his career but lost 17 of his last 33 fights. After retiring from boxing at the age of 35, London became a very prominent businessman and went into the nightclub game, and is still involved with the 007 nightclub. He is married with three children.

Brian London is a part of British history and more importantly Blackpool’s history and this is the reason we arranged to meet the boxing legend that is Brian London.

How has fighting four world champions changed you as a person?

It hasn’t changed me, I didn’t realise I had fought 4 world champions.

Do you think it is a good idea for young boys and girls to go boxing?

Yes, I think so, it is good for children to learn how to look after themselves and be disciplined. Boxing is a discipline you know, it focuses on children because there are so many headbangers about it.

Why has Blackpool never produced any world champions?

Well, there was me and Ronny Clayton, but I have no idea.

Do you think it has something to do with the lifestyle here, drinking, clubbing and the party lifestyle?

Well I don’t know but I have never done any of that, I don’t smoke or drink, I don’t gamble.

What was it like being in the ring with Muhammad Ali?

Awesome because he was such a great fighter, I had no chance and I knew that I only went in for the money. I thought if I threw a punch and I caught him I might knock him out but he was too fast.

Do you have any advice for young boxers of today?

You need to be as fit as a fiddle, get really fit and you might stand a chance in the ring.

Who will win the Mayweather and Ricky Hatton fight?

The favourite to me is Mayweather but I hope Ricky knocks him out.

You run the nightclub 007, what activities are you up to nowadays?

The nightclub is still going, they bring me the money. I haven’t been up to a great deal lately since my wife died, it has been a very sad time for me recently.

Where did you get your name from?

I got it from my father who was from London, he fought 147 professional fights.

What titles did your father win?

My father was the British and Empire champion (commonwealth today) so was I. No son and father have ever held that same title.

What is your fight record?

I can’t remember but whatever you write make it good. Lol

Has boxing gotten safer over the years since the days you were fighting?

I don’t think it has, although there are better doctors on hand, they don’t seem to stop the fights sooner. I once said to my Dad how do I prevent myself from getting cauliflower ears? His answer was to put your hands against your ears. 30 years later, look at my nose. (bruised and swollen) lol

What was your diet like when you were training?

My Dad always made me eat meat for muscle building but I don’t eat meat at all nowadays.

Do you have any regrets?

No, not really, I love boxing, it’s a great sport and the exercise is great for young ones. I’ve been saying for years there’s no better exercise and it was just the other day they said it on the tv and I’ve been saying it for years.

Brain thanks for meeting with us.

No problem, if there is any way I can help you out for the charity, you have my number.

This article was originally published in the Blackpool Spotlight Magazine in 2008.