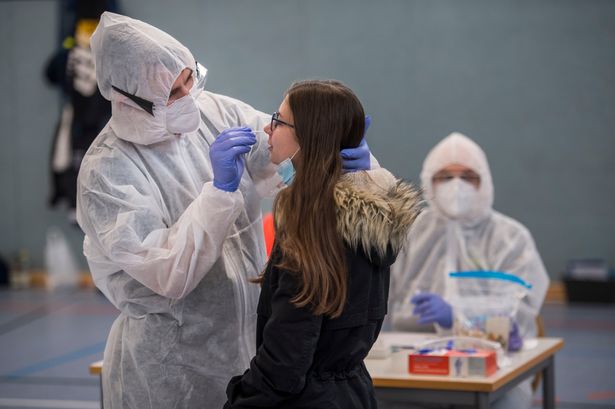 Secondary school pupils and college students across the UK will face COVID-19 tests from January 2021, this has been confirmed by the government.

Many members of the public have become concerned since children and teenagers returned to school, suspecting that the mixing of pupils was the reason for the fast spread of the virus since September. Many are baffled as to why pubs and restaurants must close, where people stick to their own sanitised table. Whereas schools with mixing of hundreds/thousands of kids has been allowed.

The government had to make a choice, as it was becoming increasingly difficult to allow children to do school work from home, with many parents struggling for childcare as they were told to attend work.

Roughly one in three people have the virus without symptoms, meaning that the rule to stay at home only if you have symptoms, seems slightly trivial.

Tests are becoming more available to the public, with testing centres popping up across the nation.

Whilst many university attendees continue to study at home and attend zoom meetings, secondary school and college students/teachers will be eligible for weekly rapid tests. Students who have come into contact with someone with the virus but have no symptoms will continue to be tested daily for a week until they are clear.

Currently, if one student or staff member test positive for Covid-19, the whole school bubble should self-isolate. This has caused several problems and put gaps in learning which students have had to catch up on.

However, from January, students in the same school bubble will not have to self-isolate if they agree to be tested daily. This will ensure there are no gaps in their education.

Education Secretary Gavin Williamson said, “This huge expansion of rapid testing for those working in education is a milestone moment in our work to keep schools and colleges open for all.

“I know it has taken a phenomenal effort from everyone to ensure approximately 99 per cent of schools have been open each week since the start of term.

“Testing on this scale brings real benefits to education, it means more children, teachers and staff can stay in their classes in schools and colleges without the need to self-isolate.

“Consent will be given in all cases by the staff member, student, or parent as appropriate. Close contacts of positive cases who do not want to participate in daily testing will still be able to self-isolate as is currently the case.”

Many members of the public are outraged that their children will have to face weekly tests, where as others are glad that the government have come up with a solution for the spread of the virus since schools opened.