Boxer Brian London, ‘The Blackpool Rock’, who back in 1966 famously challenged Muhammad Ali for the world heavyweight title has died aged 87. His passing comes just four days before his 88th birthday.

Brian was involved in two famous world title fights – the legendary 1966 clash with Ali (pictured below) and a match against Floyd Paterson seven years earlier, in which he took the American to 11 rounds before losing by a knockout.  Brian was defeated by Ali in the third round.

London, who was born Brian Sidney Harper, moved to Blackpool when he was 16 and was encouraged to take up boxing while doing national service with the RAF, after an officer discovered his father, Jack London,  was former British and Commonwealth heavyweight champion. The Blackpool Bomber had a 15-year boxing career as a heavyweight, fighting 58 times. He beat Joe Erskine to become British heavyweight champion in 1958 but was deposed a year later by Sir Henry Cooper, who said nobody hit him harder in his career.

London’s final fight was a defeat by Joe Bugner in 1970 and he went on to run a famous, popular nightclub in Blackpool. The 007 Club (posters below) was opened by superstar footballer George Best and frequented by sports stars and showbiz icons such as Dame Shirley Bassey.

The 007 Club in Blackpool also entered football folklore when London entertained his friend Bobby Moore and the England captain’s West Ham teammates on the eve of an FA Cup third round tie against Blackpool in 1971 which looked like it would be postponed due to a frozen pitch.

Recalling the night in 2019, West Ham’s Clyde Best told the BBC that the club ‘was a really nice place – one of the best in Blackpool’. He said, “We were only gone for a few hours – I think we were back by midnight.’  However, to the surprise of the players, the tie went ahead the following day and their night on the tiles, which made front page news on the following Monday, contributed to a humiliating 4-0 loss.

The former boxer’s funeral will take place in Blackpool on 6 July and will see the cortege drive past Stanley Park, where he was a regular jogger, and close to his former home. 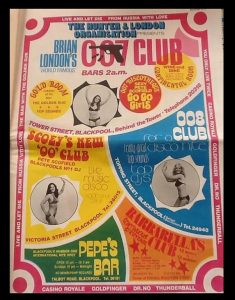 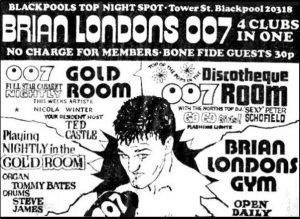 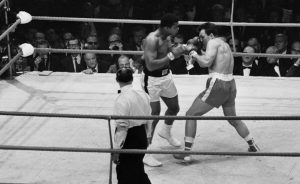 Preston teenager now missing for over a week

How Long Have You Lived In Your Home In Lytham St. Anne’s?

Lytham St. Anne’s Parents Will Get Two Weeks’ Notice Before Our Schools Reopen

Why Was Blackpool Tower Lit Up In Pink Last Night?

The Red Arrows Soar Above Lytham St.Anne’s Once Again Tomorrow