Thirty two-bedroom flats are to be built on the site once occupied by the ‘Hole In One’ pub. In place of the pub, which called last orders for the final time in 2016, Chandler Property Investments Limited have been granted permission to construct three-storey blocks of residential accommodation. All of the apartments in the new complex will have a balcony with a clear glass balustrade, or ground floor patio, looking onto a green space.

Final approval for the application has been granted which means the developer must pay Fylde Council around £100,000 in a Community Infrastructure Levy  which will be earmarked for community use.

The developer’s design statement says, ‘A residential use would be compatible with neighbouring uses and there are no insurmountable technical obstacles which would make such a development unacceptable in principle. The proposed development would also help address the under supply of housing in the borough and will help bolster the council’s five-year housing supply in line with national and local policy objectives.’

There have been complaints in the past about fly-tipping on the vacant site. Chandler Property Investments say their plans would also provide an opportunity to enhance the character and appearance of the area. 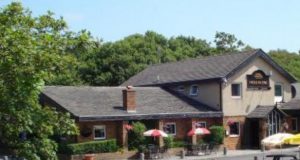 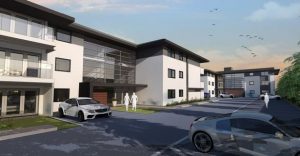 The Queen Strips Duke of York Of All His Military Titles & Royal Patronages.

Lytham at a standstill as major internet outage strikes, local workers from home in despair

Reunited, lost for 3 over years!!

How you can support small local businesses this Saturday 👇👇

The Queen Strips Duke of York Of All His Military Titles & Royal Patronages.