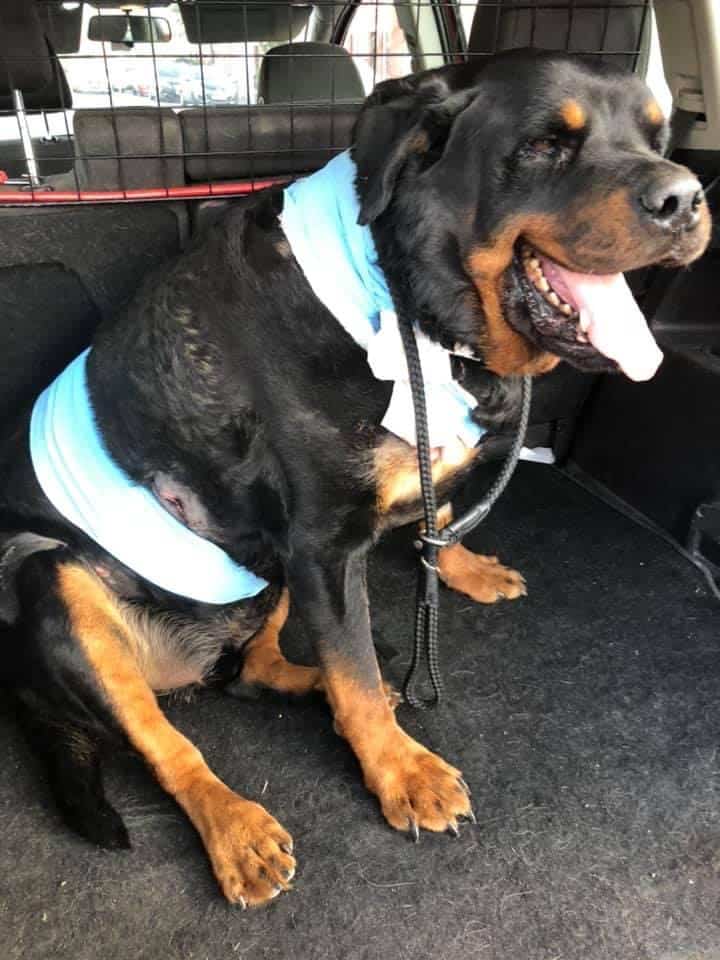 Local resident Anji Sanderson has put a heart-wrenching post on her social media in relation to her stables near Blackpool being broken into and her beloved Rottweiler stabbed.

She wrote “Absolutely heartbroken. Some sick twisted bastard broke on the stable yard in the night. Nothing touched or stolen anything at all but they have stabbed my big rottweiler Rocky Bear 5 times badly and hes been kicked in face or hit with something heavy as his teeth are hanging out and his jaw is broken. He needs part of his jaw removing and has been in theatre for what seems like a lifetime. Desperately waiting for a call to tell me hes going pull through. Tia my smaller rottweiler taken a kicking too but thankfully hasn’t been stabbed. She just can’t walk it looks like they damaged her leg and shoulder. They cut the heavy duty chain and padlock off the gate to get in which seeing as you can just climb the gate the police say its more a statement of we have been here so its someone who wants to get at us. Who could be so sick to stab a big gentle giant like my Rocky Bear for no reason as he hasn’t got a bad bone in his body that big gentle giant. Please pray for him to come out of theatre safely”

Anji followed with an update saying

“Thank you to everyone for their good wishes for Rocky and Tia who were targeted last night in a sick attack. Thank you for all messages too i will get back to you all. Rocky Bear has just been sent home but has to go back in the morning to have surgery. He has to have multiple teeth out and his jaw been smashed so bad part of it needs removing. Today they put him under sedation and found he had multiple stab wounds so cleaned them all up and stapled some of them but some are to severe so they going deal with those tomorrow whilst under a general anaesthetic. Tia still cant walk properly so shes got pain relief and i have to ring back tomorrow for them to assess her too. What kind of sick bastard breaks onto a stable yard batters your dogs badly and stabs them multiple times. At least my babies are safe for now just worrying about the surgery tomorrow.” 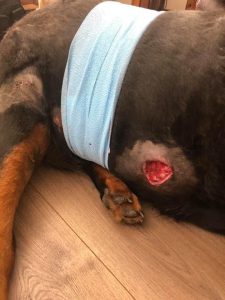