2021 sees the centenary of Lowther Pavilion – and to celebrate the theatre’s 100th birthday it is proposed that a book outlining the history and special memories of the venue will be published. Local enthusiast, Bernard Davis, who is a volunteer with the Friends of the Lowther Pavilion, is making an appeal to the Fylde public for their memories and memorabilia as he prepares to chronicle the 100-year history of the Lytham theatre.

It was back in 1872 that Lowther Gardens was gifted to the residents and visitors of Lytham by Squire John Talbot Clifton of Lytham Hall. The Gardens were so named commemorating his wife’s brother, Henry Lowther, becoming the 3rd Earl of Lonsdale earlier that year. The Gardens were very popular, and were enhanced in 1909 by the construction of a bandstand. This became the Gardens’ first permanent entertainment venue and it became so popular that an enclosed pavilion, also named after the Lowther family, was built in 1921.  All=year round entertainment could now be presented. Sadly seven years later, in 1928, a fire destroyed Lytham Pier’s  Pavilion Theatre. This meant that the Lowther Pavilion became the town’s main entertainment venue.

The Lowther Pavilion thrived in the 60s and 70s when nands such as Fleetwood Mac, Thin Lizzy, Hawkwind, Steely Dan & Jethro Tull all played the venue. Another fire, at Ashton Pavilion Theatre, St Annes, in 1977, saw the Lowther become the Borough’s last theatre and so Fylde Council decided to renovate the building, with work on the structure starting in 1982.

Bernard, who is a long-serving volunteer with the Friends of Lowther support group, is eager to make the planned 100-year celebration book as comprehensive as possible.  Asking for help, he says about the Pavilion, ‘It’s an absolute gem. It has welcomed many great names over the years and I would love to hear people’s memories and memorabilia, the further back, the better.’

Anyone who can help should email lowther@castlecs.co.uk 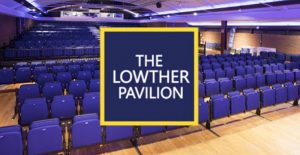 Roy and his keyboard are back at The Vic!!

Have you got your own vehicle and business insurance?

Deep Concern About Micro-Plastics Washed Up On St. Anne’s Beach: So Dangerous To Our Wildlife