More than 200 arrests were made by Lancashire Police during the Festive Season as part of a major clampdown on drink and drug-driving. The setting up of road side check-points around the County led to hundreds of drivers being stopped by the Police. In total, between December 1 and 31, 240 people were arrested as a result of the clampdown.

One of the arrests was in relation to a fatal Boxing Day collision in which a male pedestrian aged in his 30s was killed.  A 29-year-old man was arrested at the scene on suspicion of drug driving and causing death by careless driving while under the influence of drink or drugs.

Chief Inspector Pat Worden, of Lancashire Police, said: ‘First and foremost we must thank those members of the public – by far the majority – who followed the law and made arrangements that didn’t involve them drink or drug-driving. Unfortunately, we know that at Christmas more people are willing to take the risk than at other times of year and this last month saw officers stop 240 people who believed the law did not apply to them. Drinking or taking drugs before driving is completely unacceptable at any time and our efforts to catch those responsible are constantly ongoing. Christmas may be over but we will continue to carry out regular enforcement activity and take action against anyone who breaks the law and puts others’ lives at risk in this way.’ 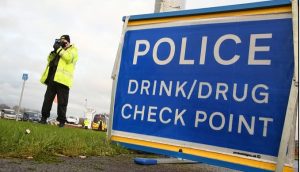 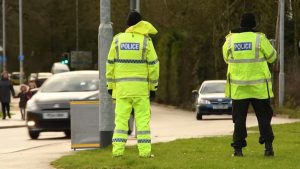 Help The Environment By Donating & Dropping Off Your Christmas Tree

Work Begins On The Clifton Drive North (A584) Cycle Track

Are Covid-19 Passports Necessary – Or Is This ‘Checkpoint Britain’?

Walk In Vaccinations Available Here During The Next Five Days:

Help The Environment By Donating & Dropping Off Your Christmas Tree