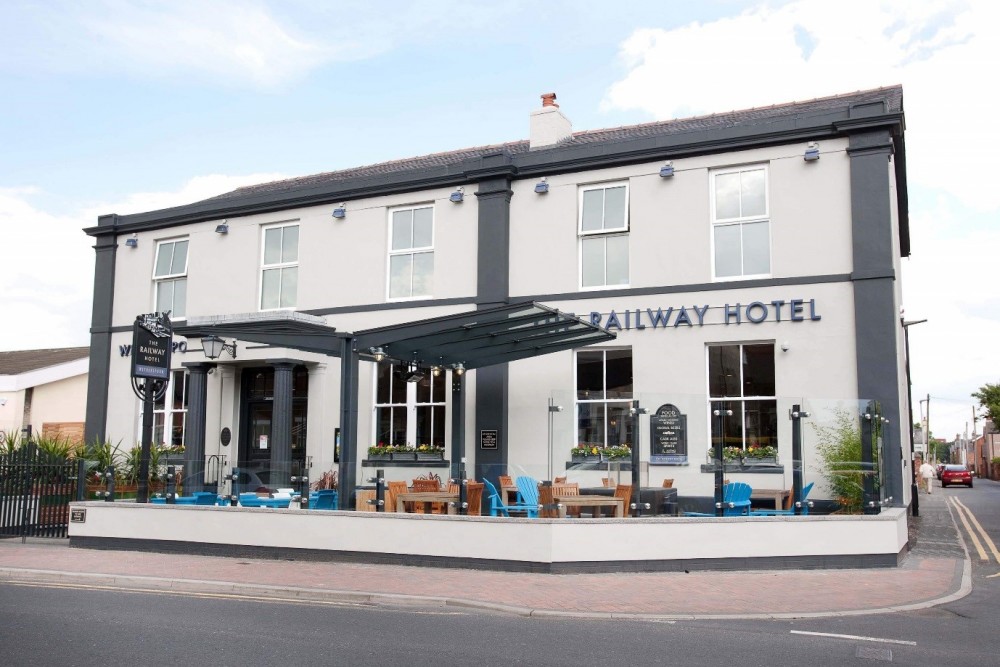 Tim Martin, boss of the Wetherspoon chain which owns The Railway Hotel in Lytham, today demanded that the Government reopen pubs at the same time as non-essential shops.  Leaked papers in this morning’s press indicate that the Government is planning to allow hospitality firms to serve customers outside only beginning on the Easter weekend of April 2.  Other Pub bosses have called the plan ‘nonsense’, whilst Mitchell and Butler, who own the Salters Wharf Toby Carvery, the Miller & Carter Steak House and The Blossoms, are  raising £350 million from shareholders to stay afloat.

The Weatherspoon’s boss also spoke of the huge contribution Wetherspoon has made to the economy, paying about £10 of tax for every pound of profit it makes.

He said: ‘In the last 10 years Wetherspoon has generated £6.1 billion of taxes, something we are very proud of. In the financial year to July 2019, before the pandemic, Wetherspoon, its customers and employees generated £764 million of taxes – £1 in every thousand collected by the UK Government. Many people have correctly pointed out that the three lockdowns of the last year have been a disaster for the hospitality, retail, arts and entertainment industries, but our calculations show that they have been an even bigger disaster for public finances. The taxes paid by Wetherspoon are mirrored by thousands of companies which have been annihilated by lockdowns. As a result, government finances have been annihilated even more.’

Patrick Dardis, the chief executive of pub giant Young’s, has also slammed the proposal.  He called for a full reopening as he said it would be a ‘nonsense’ to permit venues to only serve outside in April.  Learning that pubs may only be allowed to serve customers outside, he said: ‘It is a nonsense, it is just a lockdown in another name. We are living in the UK here, we’re not in a Mediterranean country, we all know what the spring and summer can be like.’

Night-time advisor for Greater Manchester, Sacha Lord, said the leaks had caused further fear throughout the trade. ‘Today we wake up to hospitality leaks on the front of major newspapers.  This isn’t leadership.  It causes anxiety, fear and false hope.  Are they testing public reaction before the announcement?  Another week of uncertainty and rumour.’