Prince Harry and Prince William today (01.07.2021) unveiled a statue as a permanent memorial to their beloved mother on what would have been her 60th birthday. The statue towered over the brothers as they revealed it to the world at 2.00 p.m. this afternoon. The bronze was created by Ian Rank-Broadley and shows Diana with her arms around two children.  It has been placed in the remodelled Sunken Garden at Kensington Palace, a place of solace and safety for her before she died in 1997.

In a joint statement The Duke of Cambridge and the Duke of Sussex said,  ‘Every day, we wish she were still with us, and our hope is that this statue will be seen forever as a symbol of her life and her legacy.’

They added. ‘Today, on what would have been our Mother’s 60th birthday, we remember her love, strength and character – qualities that made her a force for good around the world, changing countless lives for the better’.

‘Thank you to Ian Rank-Broadley, Pip Morrison and their teams for their outstanding work, to the friends and donors who helped make this happen, and to all those around the world who keep our mother’s memory alive.’ 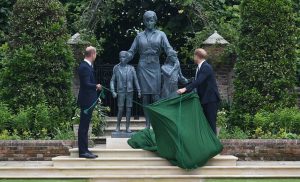 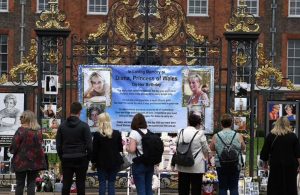 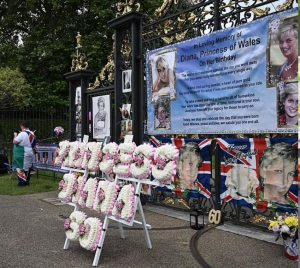 An Hour Of Blackpool Fun With Susan Calman On Channel 5 Tonight at 8.00 p.m.

Missing Car Could be in Lytham St Annes

Should Monday 21st June Be Declared a National Bank Holiday For Families To Get Together – Or Will This Cause Chaos?

Fylde Police Tell Parents (and Carers) That Their Children Should Abide By The Rules.

Every Customer Must Sign In When Lytham St. Anne’s Pubs, Bars, Cafes And Restaurants Reopen On 12th April