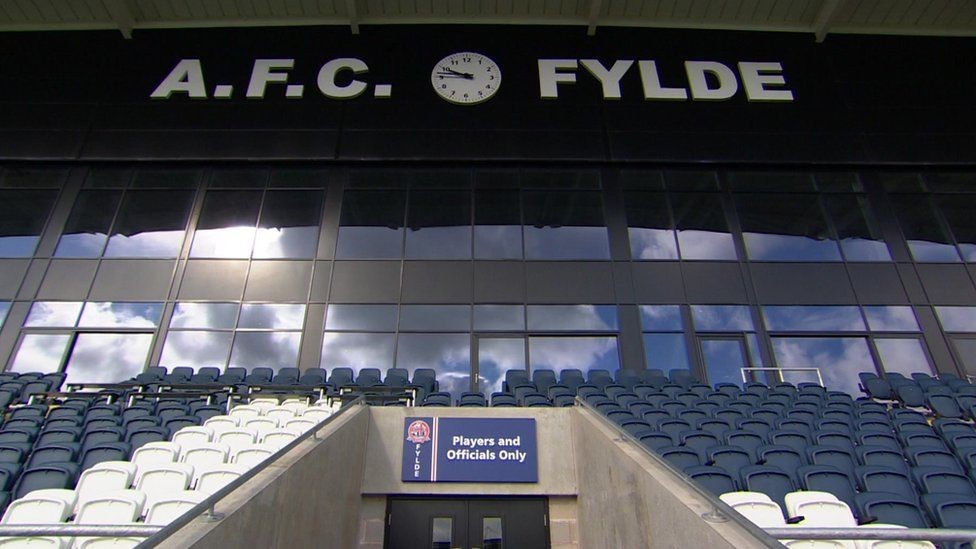 AFC Fylde has been widely criticised for posting a job advert (pictured below) which told people not to apply if they needed to pick up their children from school. The advert for general manager of football at the local National League North club also warned prospective employees not to apply if they wanted work-life balance.

The post has since been deleted after a widespread angry online backlash branded it discriminatory.

The advert was initially posted online earlier this week. In the job description, it stated that the club was seeking a general manager to work alongside the director of football and report directly into the chairman.

The advert (shown below) continued, ‘This is a hands-on role and requires hands-on leadership from the front so delegators and office dwellers please don’t apply. If not already apparent, we are not a Premiership club and therefore every penny and every fan has to be fought for and respected. You will need to be proactive in your approach to everything.’

It added, ‘We work hard at Fylde so again, don’t apply if you are looking for a work-life balance or have to pick up the kids from school twice a week at 15:30 BST.”

The club also required the successful candidate to live close to the club.

AFC Fylde has faced an angry backlash and even threats of legal action.

One Twitter user said, ‘Once recruited, the first job on the agenda should be how to write a job advert that doesn’t discriminate against parents of school children or someone who loves spending time with their family.’

Another posted said, ‘Are @AFCFylde aware it’s the 21st Century & how unprofessional, inept & discriminatory this advert is?’

This was followed by, ‘From the perspective of someone who works in HR, this is a nightmare on many levels.’

Another comment was more forthright, ‘It appears that I cannot apply for this post.  I will be seeking legal advice and the club will soon be hearing from my solicitors for substantial financial compensation.’ 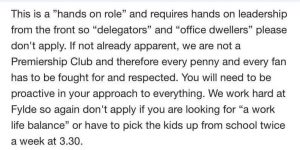 PrevPreviousTory Blackpool MP Wades Into The Debate Centred On 223 Asylum Seekers Being Accommodated At Seafront Metropole
NextDo you know this man?Next
Related Posts