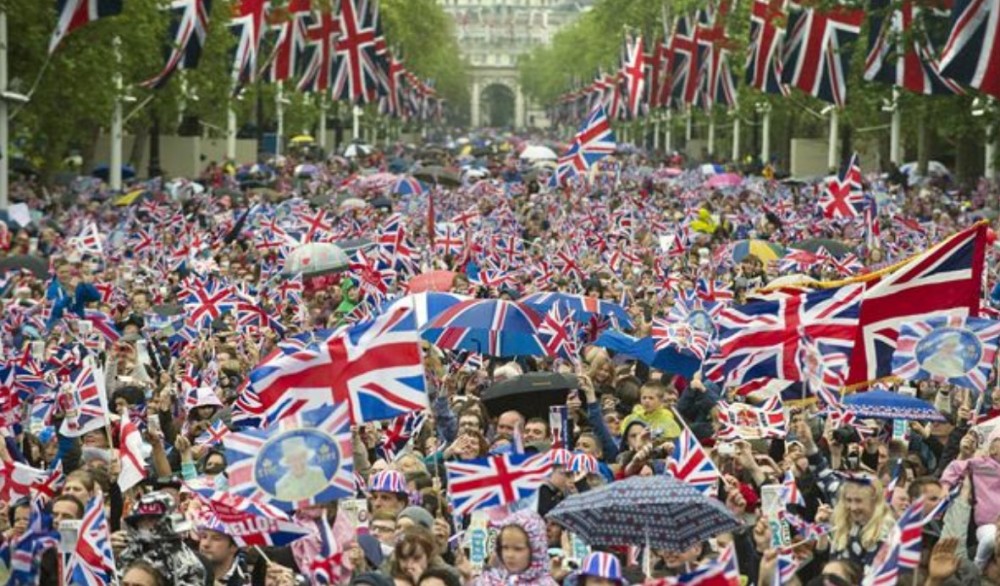 A Tweet put out by the official Royal Family account at around 10.15am this morning (Wednesday 2nd June) said: ‘Her Majesty The Queen will celebrate her Platinum Jubilee from Thursday 2nd – Sunday 5th June 2022. The weekend will provide an opportunity for communities across the UK to come together to celebrate this historic milestone.”

Therefore, there will be an extended bank holiday next year, from Thursday 2nd to Sunday 5th June, to provide an opportunity for communities and people throughout the United Kingdom to come together to celebrate the historic milestone of Queen Elizabeth II seventy years on the throne. The four days of celebrations will include public events and community activities, as well as national moments of reflection on The Queen’s 70 years of service.

Here is a timetable of the planned events for next year:

The Queen’s Birthday Parade (Trooping the Colour): Over 1,400 parading soldiers, 200 horses and 400 musicians will come together in the traditional Parade to mark The Queen’s official birthday, usually held on the second Saturday in June.

Platinum Party at the Palace: The BBC will stage and broadcast a special live concert from Buckingham Palace that will bring together some of the world’s biggest entertainment stars to celebrate the most significant and joyous moments from The Queen’s seven decade reign. Members of the public will be invited to apply to attend this special event and details of the ballot for UK residents to secure audience tickets will be released in due course.

The Big Jubilee Lunch:  People are invited to share friendship, food and fun with neighbours as part of the Platinum Jubilee celebrations. A Big Jubilee Lunch can be big or small – street party or picnic, tea and cake or a garden barbecue.

The Platinum Jubilee Pageant: A pageant featuring over 5,000 people from across the United Kingdom and the Commonwealth will take place against the backdrop of Buckingham Palace and the surrounding streets. It will combine street arts, theatre, music, circus, carnival and costume and celebrate the service of Her Majesty’s reign, as well as honouring the collective service of people and communities across the country. 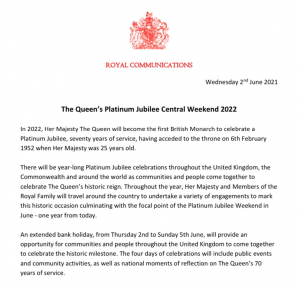