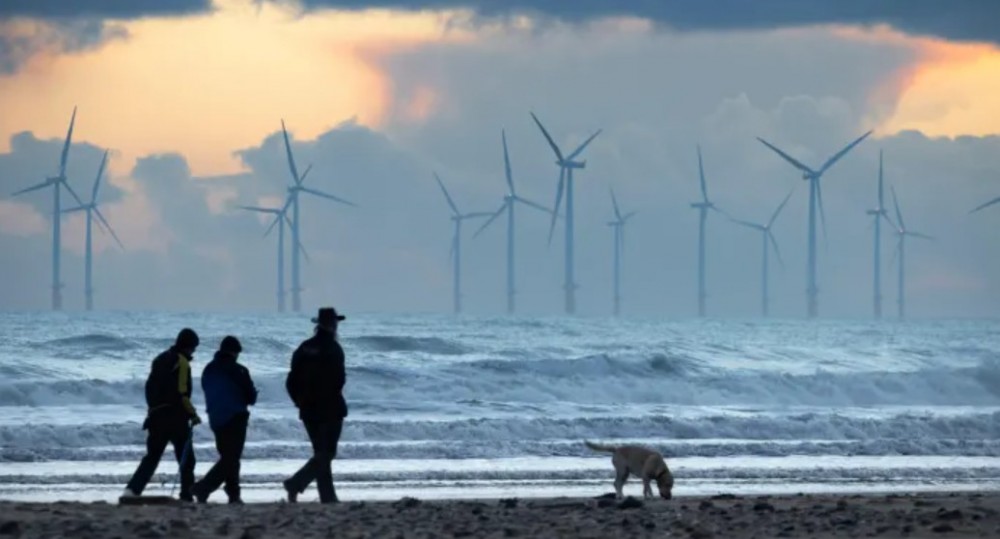 The Queen’s Crown Estate, which owns the seabed off our coast, has auctioned off lucrative rights to the construction of a massive offshore wind farm 17 miles off the coast of Blackpool. This land below the sea is owned by the Queen. However, it cannot be sold by the monarch – but it may be leased.  As with other properties and lands owned by the Queen, such leasing is managed by the Crown Estate, who have announced that they had auctioned off the rights to this off-shore site to the west of Blackpool, together with five other major off-shore locations around the coast of the UK.

This auction was centred on the rights to construct wind turbines – and the sale of rights could net the Crown Estate nearly £9 billion over the next ten years. Initially, the Crown Estate will rake in £879 million from the deposits on the right to develop areas of seabed for wind power purposes. It will then collect that amount each year for up to the next 10 years from leaseholders, which could bring an extra £8.8 billion to the Crown Estate – meaning billions in profits for the Royal Family.

The plans for developing these wind farms must now be reviewed for environmental impact before construction commences. However, it is proposed that the off-shore Blackpool project will start next year and will eventually power nearly half a million homes with green energy and create hundreds of jobs.  The wind farm will take up to ten years to complete – and it is estimated that it will consist of around 130 turbines.

Anne-Marie Trevelyan, the U.K. energy minister, said, ‘The energy delivered by the new offshore wind projects in the Crown Estate’s latest leasing round will together help power seven million homes, driving forward our commitments to eliminate the U.K.’s contribution to carbon emissions by 2050, creating thousands of new jobs and ensuring Britain builds back greener.’

Dan Labbad, Chief Executive of The Crown Estate, said, ‘The task now is to work together across the sector, to coordinate the development we need offshore, in a way which is sensitive to the importance of biodiversity in our precious marine environment and brings new employment opportunities and growth to a range of communities across country.’

Winners of the auction of leases include BP, who said it has partnered with German firm EnBW to win the option to develop two leases for offshore wind development.  Also placing winning auction bids were German energy giant RWE, with a site off the coast of Yorkshire, the Green Investment Group and French oil giant Total, with a site off the Lincolnshire coast, and a partnership between Spain’s Cobra Group and Flotation Energy, winning the lease for our nearby off-shore site, west of Blackpool.

PrevPreviousHave you found a hearing aid like this?
Next2 MISSING YORKSHIRE GIRLS COULD BE IN BLACKPOOL!Next
Related Posts