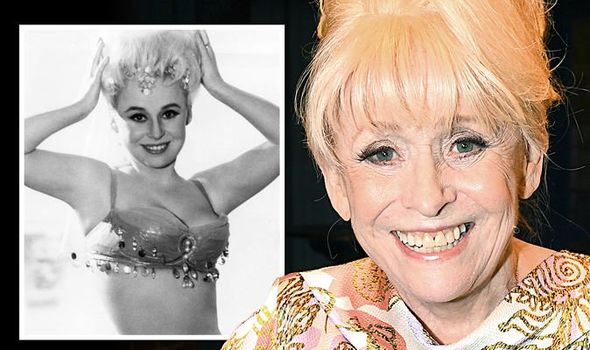 The star was best known for her roles in EastEnders and the Carry On films.

Dame Barbara was diagnosed with Alzheimer’s disease in 2014, and made the news known to the public in 2018. In doing so, she helped many families by making it possible to talk about the subject of dementia. After her long battle with the disease, the star died in her home at the age of 83.

Born in 1937 in London, 2 years before the start of World War II, Barbara was later evacuated to Blackpool where she remained until 1944.

In 2016 Dame Barbara switched on the Blackpool illuminations, where she told the crowd just how much the seaside town just down the road meant to her.

She said: “Blackpool means so much to me because when I was six years old I got evacuated.

“I’m from the East End and we got bombed out and I had no home. My mum put me on a train and I came to Blackpool.

“I was evacuated to some wonderful people called the Norths. Florence and Ernest North.”

“They wrote to my mum and said, ‘Can we send Barbara to dancing school because she gets up to mischief?’

“What happened was, I went to that school, I got a little certificate and I came back with a note that said, ‘She’s a born show off, let her carry on.’

“What I’m saying is, ladies and gentlemen, is that it’s all because of Blackpool.”

Just before her switch on stint, she was presented with flowers by the children from Norbreck Primary school, where Barbara learned how to dance during her time in Blackpool.

Scott Mitchell, Barbara’s beloved husband announced today that Barbara passed away peacefully, he commented: “Her passing was from Alzheimer’s/dementia and Barbara eventually died peacefully and I spent the last seven days by her side.

“Myself, her family and friends will remember Barbara with love, a smile and affection for the many years of her love, fun, friendship and brightness she brought to all our lives and the entertainment she gave to so many thousands of others during her career.

“Barbara’s final weeks were typical of how she lived her life. Full of humour, drama and a fighting spirit until the end.

“It was not the ending that Barbara or anyone else living with this very cruel disease deserve. I will always be immensely proud of Barbara’s courage, dignity and generosity dealing with her own illness and still trying to help others by raising awareness for as long as she could.”