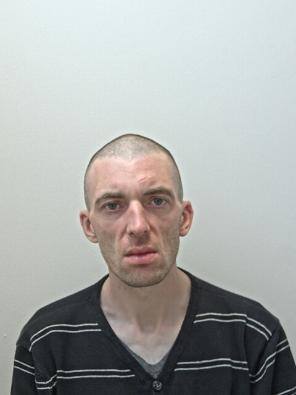 A man who attacked and robbed two pensioners during two aggravated burglaries in Poulton has been jailed.

Around 7.30pm on August 11, a man entered an address in Stanley Avenue and attacked the homeowner, an 89-year-old man.

The offender had entered the property through an unlocked window, demanding money. He punched the victim, knocking him to the floor, before slashing the man in the neck and arm, causing injuries.

The attacker later apologised to the man before leaving, claiming he needed money.

Five days later, on August 16, police were called around 10.20pm to a report a 94-year-old man had been attacked at an address on Wyresdale Avenue.

The victim woke up to find an intruder standing over him demanding money. When he refused, the offender assaulted him with a knife causing slash wounds before making off. The victim was taken to Royal Preston Hospital for treatment.

Detectives quickly linked both incidents and issued a public appeal for information, including releasing CCTV footage of the alleged offender.

The attacker was described as wearing dark clothing, riding a bike, wearing light-coloured walking boots and carrying a green rucksack.

On August 18, an officer attended Green’s address in Yew Tree Road in connection with a separate matter.

While inside the property, the officer noted Green’s shoes, walking boots, as well a green rucksack, similar to the items shown on CCTV. He was arrested at the scene.

A further search of Green found jewellery, with detectives piecing together his recent movements from further CCTV footage. This included going to Cash Converters in Church Street, Blackpool, to sell a television for £150. The serial number on the television was the same as the set stolen during the Stanley Avenue burglary.

Det Con Isobel Garratt, of Blackpool CID, said: “These offences left the people of Poulton in shock and fear, causing great concern for elderly residents living in the area.

“The attacks were deplorable, with extreme violence against two pensioners in their own homes. It was only good fortune both victims did not come to more serious harm

“It’s hard to imagine more heartless, cowardly and despicable crimes. As police we serve to protect our communities from all criminals and through the quick-thinking and keen-eyed actions of a police constable, Green was quickly arrested and charged.

“Green is clearly a dangerous individual and we welcome the significant custodial sentence handed down at court.”