The skate ramps at Park View 4U have been given a very special make-over  in memory of a renowned skater Ralph Roberts who first developed his abilities at the Park. Former St. Bede’s High School student, Ralph died aged just 26 in January. It was only after Ralph’s death that it was discovered he had a sarcoidosis, a rare throat condition which resulted in breathing complications.

The ramps have been wonderfully transformed by a group of talented graffiti artists who joined members of the local skating community for the project, which was co-ordinated by Park View 4U in conjunction with Live Like Ralph, a charity set up in Ralph’s memory by his parents Neil and Fiona Bayntun-Roberts.

Park View Ranger Julie Norman said: ‘The aim of the Live Like Ralph charity is to encourage young skaters and to improve skate parks.  Originally plans were to create one or two images but the idea developed into an incredible two-day community graffiti art project.’

The fund raising for this wonderful cause continues. For example, Neil is offering two tickets for the WonderHall music event at Lytham Hall next month, donated by organisers Cuffe and Taylor, to the highest bidder in aid of the Live Like Ralph charity. Bids can be made on the website www.livelikeralph.com 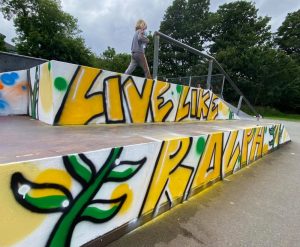 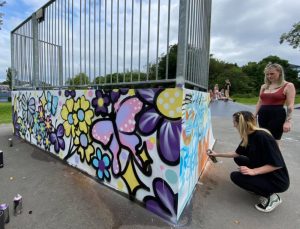 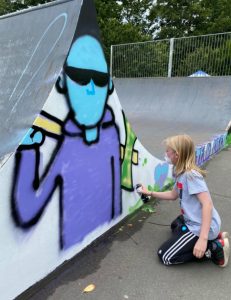 Zest to Reopen THIS Friday after Covid Clean