It’s ten years since deck chairs were last available for hire on Blackpool’s seafront – but the tradition of colourful Promenade deckchairs is set to be revived this year as the great staycation rolls on!

It was back in 2011 that Blackpool Council stopped hiring deckchairs – and the whole stock of 6,000 was controversially sold off in 2014 to a Cheshire Company, Deckchair Stripes – the Council saying that visitors preferred to sit on the newly installed benches.

Now, in reviving the deckchair tradition, a Blackpool Council spokesperson, said: ‘We haven’t operated a deck chair service since 2011. Recently private operators have contacted us as they see potential in taking advantage of the Staycation Summer we are expecting. As a result we formally advertised an opportunity for a deck chair concession on the Promenade. The closing date was Friday 4th June and the applications will be assessed shortly.’ It is proposed that deckchairs will be available through the Summer – until November this year – and the operator will be given the opportunity to repeat the offer between April and November in 2022. Deckchairs will be available to hire seven days a week between 8am and 8pm. Conditions will include having an attendant in place at all times, keeping the area clean and tidy and abiding by Covid 19 safety guidelines. 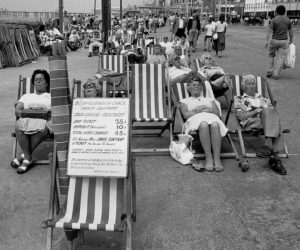 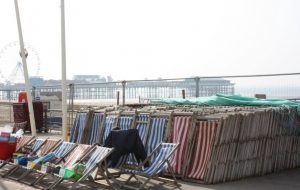 Big Plans In Store To Develop, Improve and Enhance St.Anne’s

After The Success Of Naked Gardening – Fancy A Naked Ramble In Morecambe!

What Is The Purpose Of The Towering Mast That Has Appeared Adjacent To Stanner Bank Car Park?

Will You See The Meteor Shower In The Skies Above Lytham St. Anne’s Tonight?