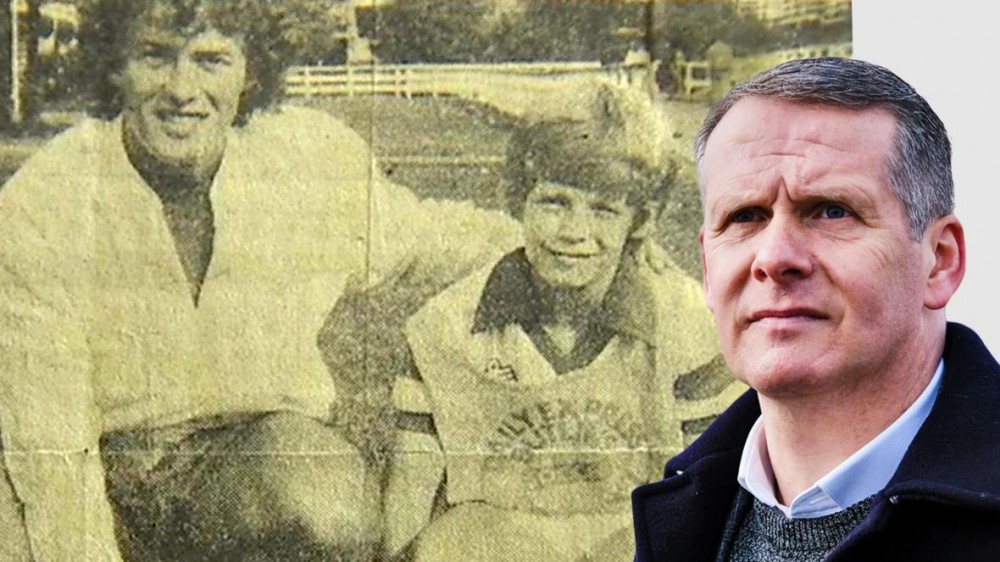 Lytham resident and former Preston North End player, David Lean, was interviewed this morning (18.03.2021) by Nicky Campbell on Radio 5 Live following the release of the enquiry into institutional child abuse in football. In the interview, well-respected campaigner David warned that this isn’t just about football, other sports need to take rigorous action to safeguard children.

David said to Nicky, ‘This isn’t the end – this is the start.’  To safeguard children, David proposed an annual awareness day with highlighted information campaigns, warning that offenders will look at other sports – particularly at ‘grass roots level’ – if this message isn’t widened out.

It is because of David’s courage in coming forward that child-abuse in football was much more deeply and rigorously investigated.

David was abused by paedophile and football ‘star-maker’ Barry Bennell in the 1980s, and after 30 years of silence David came forward in 2013 with evidence that led to the sex-offender being imprisoned in 2015.

A catalyst to this investigation came when David waved his anonymity and spoke publicly for the first time when the case against Bennell was initially rejected by the CPS. In a landmark interview, David told Sky News when he warned the authorities Bennell could have hundreds of victims ‘no one wanted to listen’.

‘I told them there could be hundreds more,’ David said. ‘At this stage now I know there are hundreds more. Because of my accounts, the way he was with me within seconds of the door shutting (behind me) in April 1980, and he wasn’t stopped until 1994-95 in America.  He was running junior football teams and working in a children’s home. There was always going to be more. Many, many, many, many more and I told them. I had already told the police that there were hundreds, and no-one wanted to listen.’

David, who lives in Lytham, has been campaigning for better child protection in football since his evidence helped to get former Crewe and Manchester City coach Bennell jailed.

Here is the list of men as listed by the BBC who used their position in sport to sexually abuse children:

Barry Bennell – the former Crewe Alexandra and Manchester City coach is serving a 24 year sentence after being convicted of child sexual abuse five times. He has been convicted of sexual abuse against 22 boys in total, although it is believed more than 100 victims have come forward to say they were abused by Bennell.

Bob Higgins – the former Southampton and Peterborough youth coach was jailed for 24 years and 3 months in 2019 on 45 counts of indecent assault against 24 boys. Higgins went on trial in the early 1990s but was acquitted. Multiple former players came forward with allegations of abuse by Higgins in 2016 and 2017.

Michael ‘Kit’ Carson – the 75-year-old killed himself by crashing into a tree on the first day of his trial in 2019. He was accused of sexually abusing boys under 16, from 1978 to 2009. Carson had worked for Peterborough United, Cambridge United and Norwich City.

Eddie Heath – Chelsea announced in November 2016 they were investigating allegations of sexual abuse by former chief scout Heath, who died in 1983. Evidence from 23 witnesses detailed how Heath groomed and abused young boys aged 10 to 17 in the 1970s. An external review said adults at Chelsea were awre of the abuse  but “turned a blind eye”. Chelsea apologised unreservedly after the review was published in 2019.

Ted Langford – the former Aston Villa and Leicester City part-time scout was jailed in 2007 for the sexual abuse of four boys between 1976 and 1989.

Frank Roper – worked as a scout in the north west of England. Roper, who died in 2005, sexually abused young footballer while recruiting players to Blackpool’s school of excellence.

Phil Edwards – former Watford physio who died in 2019 while on bail for an alleged child sex offence. Hertfordshire police were subsequently contacted by 16 people who made complaints about Edwards.

An interview that David gave to That’s Lancashire TV is also powerful testimony to how groomers target children: https://www.youtube.com/watch?v=konHYYgumD4