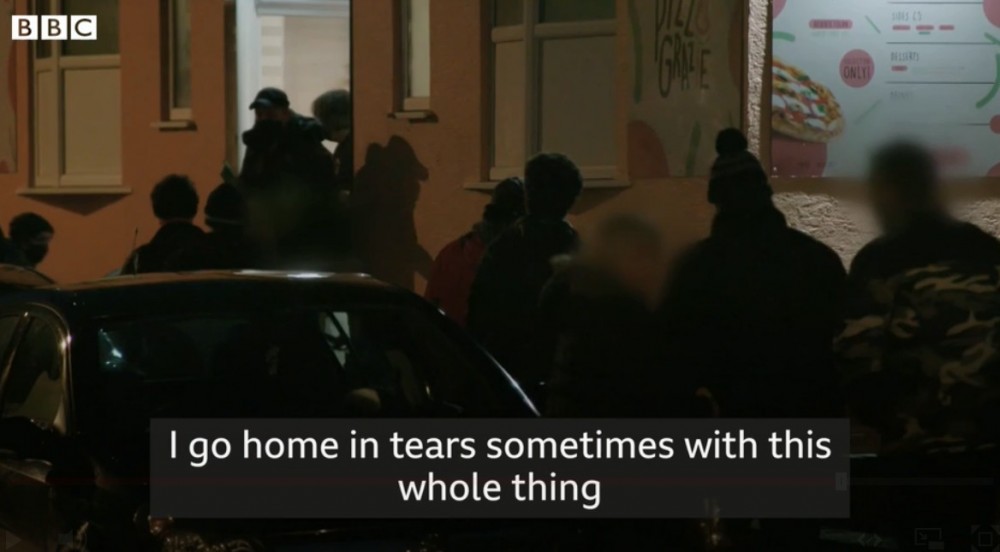 A Fylde coast charity initially set up to help the homeless has been featured in a truly powerful report from the BBC’s Look North team. The story of the wonderful work of the Amazing Graze Soup Kitchen located in Blackpool’s South Shore area can be viewed here: https://www.bbc.co.uk/news/uk-england-lancashire-55999809

The report graphically shows how the Soup Kitchen has been inundated with requests for help from people from all walks of life due to the ‘devastating’ impact of Covid-19.

Its founder, Mark Butcher says the Soup Kitchen is working at ‘maximum capacity’ to support ‘desperate families’. Interviewed by the BBC, Mark said people ‘from all walks of life’ were using the service including families, pensioners and people who have lost their jobs.

‘We’re seeing devastated people in desperate need of food, begging for food literally.  People rely heavily on the tourism trade and our industry and our jobs are all built around that. People are losing their jobs left, right and centre.’  Amazing Graze, which is based in Bolton Street in South Shore, was set up in 2012 primarily to help homeless people. ‘It’s changed now. We’re helping everybody,’ Mr Butcher said.

A woman, who asked not to be named, told the reporter, ‘I’ve been coming for quite a long time, it has helped me through a lot of struggles. If it wasn’t for Amazing Graze I wouldn’t have been able to eat and survive.’

The BBC Reporter, Richard Smirke, tells his story of his visit to the Soup Kitchen, ‘On a bitterly cold evening, a long queue is forming outside Amazing Graze Soup Kitchen. Over the next few hours, more and more people arrive to pick up food parcels, hot meals, soft drinks and pet food.

Among them are young mothers pushing prams, taxi drivers with no-one to taxi, and former bar and restaurant workers who have lost their jobs during the pandemic. Several tell me how they are struggling financially and how the latest lockdown is having a severe impact on their mental health. They fear for the future and what the next few months will bring.

At the end of the evening, all the food supplies are gone – given out to those that need them most – and Mark and his team of volunteers get to work cleaning up, in preparation for another busy day feeding Blackpool’s most desperate families.’

The work of the charity had previously been shared in January on Sky News.  This more disturbing report from Sky’s Nick Martin carries an initial warning to viewers:  https://news.sky.com/story/covid-19-hunger-cold-poverty-and-loneliness-make-for-a-bleak-midwinter-12191861

If you would like to donate food you can drop off on Tuesdays & Fridays 3pm-5pm at 44, Bolton St FY1 6AA.  The Amazing Graze facebook page also shares ways to help: https://www.facebook.com/AmazingGraze/

PrevPreviousAre you good with a needle and fabric? Textiles? Design?
NextIlluminations Season Extended – The Lights Will Shine Through Christmas And Into The New Year (2022)Next
Related Posts