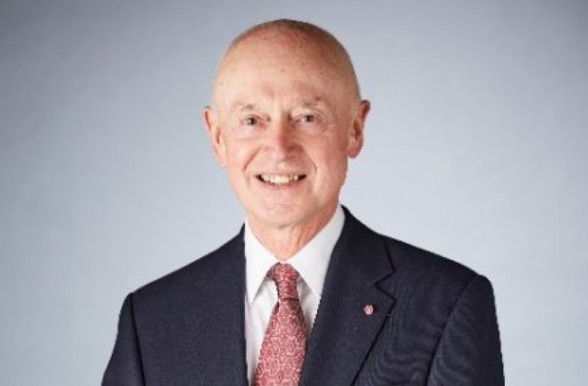 Local Supermarket Supremo To Be The New High Sheriff Of Lancashire

The Queen has appointed Edwin Booth CBE to be the High Sheriff of Lancashire. Edwin is the Chair and Chief Executive of the supermarket chain Booths, which has two flagship stores in the Lytham St. Anne’s area. Edwin represents the fifth generation of the family to lead the business since 1847. The supermarket has a deep and long heritage of providing quality provisions and excellent service on the Fylde. Booth & Co. Ltd was founded in June 1847 when Edwin;s great, great grandfather, Edwin Henry Booth, a 19 year old tea dealer, opened a shop called the China House in Blackpool. In 1863, he added the sale of wines and spirits, and branches were opened in Lytham in 1879 and Blackburn in 1884.

A proud Edwin, who will take up the office courtsey of the Queen on Sunday 11th April, said, ‘It is a privilege to be recognised for this role and I want to celebrate everything that is good about Lancashire, a county my family has called home for nearly 200 years. There is a great deal of opportunity in Lancashire, and it is my wish to give others the same inspiration and chance to succeed that I have been fortunate to receive. Access to education, and by that I don’t just mean academic education, but inspiring people to find and celebrate what they are good at, can be a driver in solving the larger societal issues of crime and homelessness. I often use the phrase, ‘there is no such thing as a dull person.’ Finding and cultivating what excites people is key to education.

My great, great grandfather Edwin Henry Booth, believed in giving back. Orphaned at the age of 11, by age 19 he was a tea dealer, opening his first shop in Blackpool. He found what he excelled at and became a founding trustee of the Harris Children’s’ Homes, now the Harris charity, which supports young persons in difficulty, ensuring that talents are not constrained though lack of opportunity.’

Edwin’s commitment to serving the communities of Lancashire is wide ranging and long standing. In June 2011 he was appointed Chair of the Lancashire LEP (Local Enterprise Partnership), a post he held for more than seven years, positioning Lancashire as one of the highest performing LEPs in the country.

He has worked with the Lancashire universities in the areas of leadership and business change programmes, receiving an Honorary Doctorate from Lancaster University for his services to the region and industry.

He chaired the Business in the Community (BITC) advisory board for the North West from 2007 to 2014 and was instrumental in developing a programme to engage schools with business.

He is chairman of the Harris Charity (Preston) which was co-founded by his forebear, Edwin Henry Booth, and is a founding trustee of the Prince’s Countryside Fund.

In 2019 Edwin was appointed a Commander of the Order of the British Empire (CBE) in the New Year Honours list for services to business and charity. He has been a Deputy Lieutenant of Lancashire since 2005.

High Sheriffs receive no remuneration and no part of the expense of a High Sheriff’s year falls on the public purse. The Office of the High Sheriff is an independent non-political year-long appointment supporting the Crown and the judiciary, lending support to crime prevention agencies, emergency services and the voluntary sector.

Edwin intends to address his attentions to three issues: Crime, Homelessness and Education.